PLUG-IN VS GAS… What’s right for me?

It can be difficult to decide which powertrain combination is going to offer you the right mix of distance, fuel efficiency and overall cost. That’s why our trained product specialists want to offer this comparison as a starting point to determine if a gas engine or plug-in hybrid is right for you.

It’s no secret, a hybrid or plug-in electric vehicle is going to reduce or eliminate your expenses at the pumps. That said, does your annual mileage support the difference in cost? 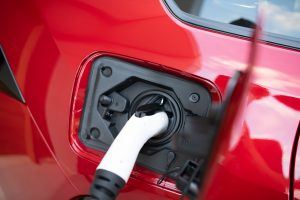 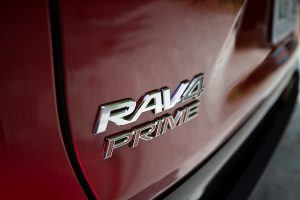 Let’s start off with the 2021 RAV4 Prime. With the ability to run completely on a battery, it definitely becomes the front runner for costing the least amount at the pumps. In fact, the average fuel mileage combined between highway and within city driving is only 2.5 litres of fuel consumed for every 100 kilometres driven.

Sounds perfect, right? It could be! Assuming you drive enough on a yearly basis to justify the fuel savings over the additional cost in the MSRP. The Canadian selling price of this highly sought-after vehicle is $53,992.40 for the AWD XSE model. Not sure what this means? Don’t worry, we’ll do a price comparison with all three powertrains near the bottom of the page. 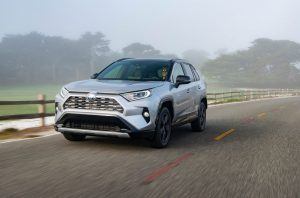 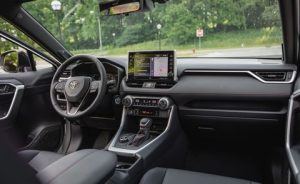 Next in line: RAV4 Hybrid! For those who don’t know, this is the powertrain combination that works in tandem with one another. So the electric motor / battery and gas engine operate simultaneously to reduce some of the demand on the gas engine, thus using less fuel to operate. This is often considered as the most common or popular option for hitting the ‘sweet spot’ in energy consumption.

The 2021 RAV4 Hybrid boasts an impressive 6 litres of fuel consumed for every 100 kilometres driven with a modest selling price of $38,352.40 for the AWD XLE model. We’ll see how this stacks up to the others based on driving 24,000 kilometres per year. 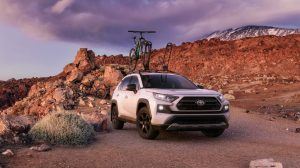 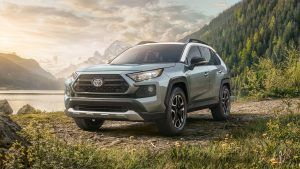 Finally, we’ll have a look at the solely gas engine models. Don’t let the new technologies fool you! Gas engines have still been at the forefront of modern technological advancements in both power availability and fuel efficiency! With the least expensive selling price of all the powertrains, it still delivers a very impressive 8 litres of fuel consumed for every 100 kilometres driven. Not to mention, the 2021 AWD XLE model sells for only $36,692.40!

So… Let’s do the math and see which RAV4 model (based on 10 years of ownership, driving 24,000 kilometres per year with an assumed fuel cost of $1.15 cents per litre) makes the most economical sense for you.

Which one should I pick?

But wait a second? That means that the Prime is only $15,180 dollars less expensive overall based only on fuel savings (not accounting for the energy consumption at home to charge the battery) and it carries an increase of $17,300 in its MSRP. So, assuming that you’re going to drive the mileage that we’ve used in this example, the gas or hybrid could actually be the better option for you!

There is so much to consider when you’re selecting a major addition to your life. Please feel free to interact with any of our talented and professionally trained Product Advisors.